Hours after a missile attack on Syrian and Iranian military targets in Latakia Monday night, the Russian Defense Ministry said that a military Il-20 spy plane with 14 aboard went off the radars. It was 35km off the Syrian coast when its air base air traffic control “lost contact.”

No word has come from Israel on the incident. Some Syrian and Russian sources earlier reported that unidentified missiles had struck a military industry facility which develops missiles and chemical weapons, very close to Russian assets. Other sources reported that Iranian forces had set up a base close to the Russian assets for protection against Israeli attack. DEBKAfile: If Israel was responsible for the missile attack in Latakia Monday night, this will be the closest its strikes on Iranian facilities has ever come to the Russian Khmeimim Air Base and command center in Syria.

Russian media noted in their reports that a large Israeli military delegation headed by National Security Adviser Meir Ben Shabat visited Moscow on Friday, Sept. 14. Our sources presume that Ben Shabat brought with him intelligence gathered by Israel about the contents of Iran’s Latakia facility.

The loss of the Russian plane is an unforeseen misfortune, which both Moscow and Jerusalem went to extreme lengths to prevent by setting up a de-confliction red line between their army commands two years ago. At the same time, it is also suggested that Israel may not have been responsible. American military sources estimate that it was shot down accidentally by Syrian air defense fire against incoming missiles. Syrian officials said the attack was “foreign” and came “from the sea,” and that its air defenses had intercepted the missiles, but could not initially confirm that Israel was behind it. If it was, then this would be the first combined Israeli air force-navy attack on an Iranian target in Syria.
The Russian MoD while explicitly stating the disappearance occurred during “an attack by four Israeli F-16 fighter jets” on Syria’s Latakia province” also referred to the “launch of missiles from a French frigate in the Mediterranean.” By revealing the loss of the spy plane and assigning the first missile attack of its kind to Israeli fighter jets, Moscow indicated Russian intentions regarding the episode. 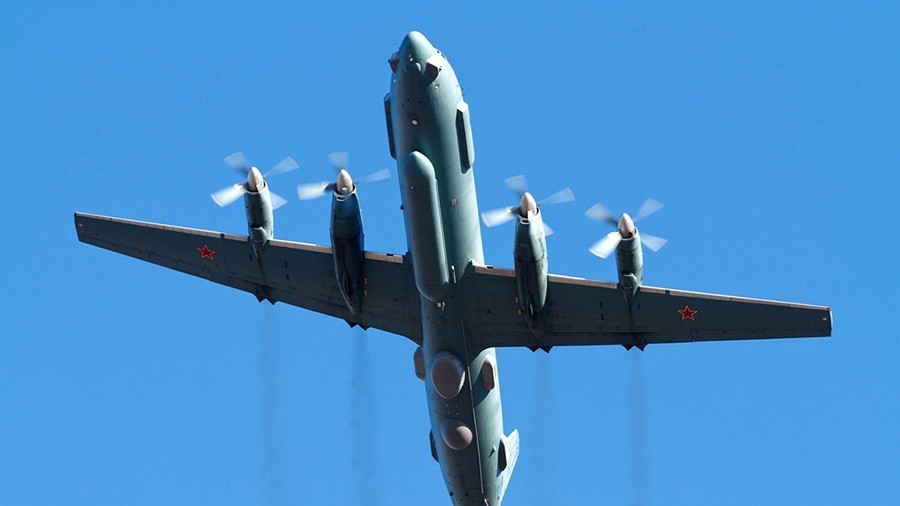 An intense search and rescue operation is underway for the vanished illyushin and the 14 Russian service personnel aboard.

Moscow was also unusually forthcoming about the equipment aboard the missing plane. “The Ilyushin 20 (IL-20) surveillance turboprop plane is an Electronic Intelligence (ELINT) platform, equipped with a wide range of antennas, infrared and optical sensors. The aircraft’s SLAR (Side-Looking Airborne Radar) and the plane’s satellite link allows the Russian military to monitor Syrian skies in real time.”