With global stock markets reeling from panic and the Dow plunging over 1,000 points shortly after the open before a rally set in, today King World News is pleased to feature a piece from one of the greats in the business covering the global panic and warning “Crash Trading In Effect,” as fear engulfs worldwide stock markets. He also discussed what to expect from here

Jason Goepfert at SentimenTrader:  “As of this writing, S&P 500 futures are trading 3% below their closing prices from Friday. This is a rare feat since the inception of the futures in 1982. The table (below) highlights every -3% opening gap in the futures since then. The second table separates out those gaps that occurred when the futures had already closed at at least a three-month low the prior day 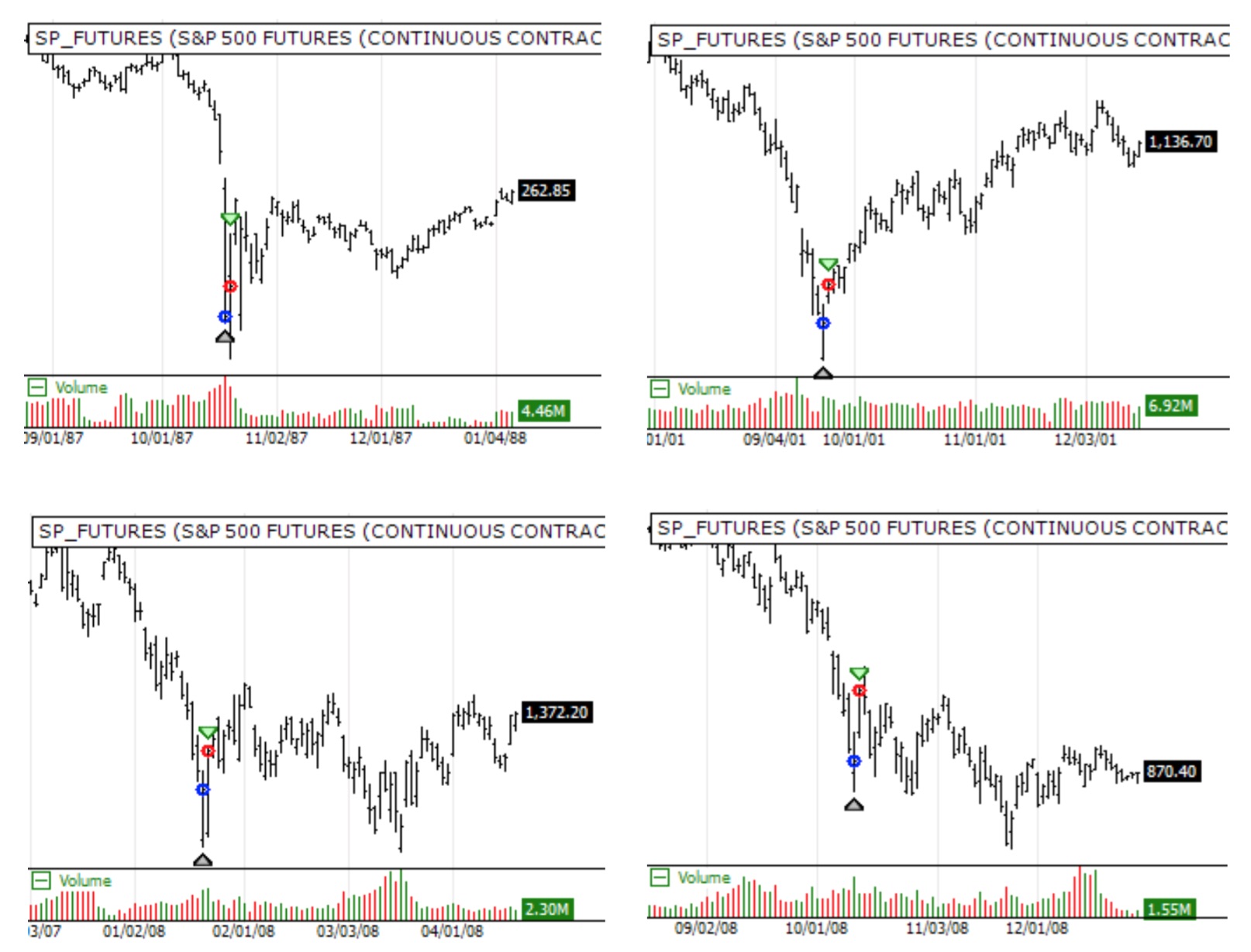 As can be seen in the thumbnail charts, this has only occurred in crash-type conditions. All of them coincided with short-term selling exhaustion. The biggest caveat – and the thing everyone is afraid of – is that this also occurred on the morning of Black Monday in 1987 when the futures lost an additional -24% once regular trading opened.

King World News note:  Please look carefully at the charts below, particularly the “Open to Close” figures, which are astonishing for one day of trading! 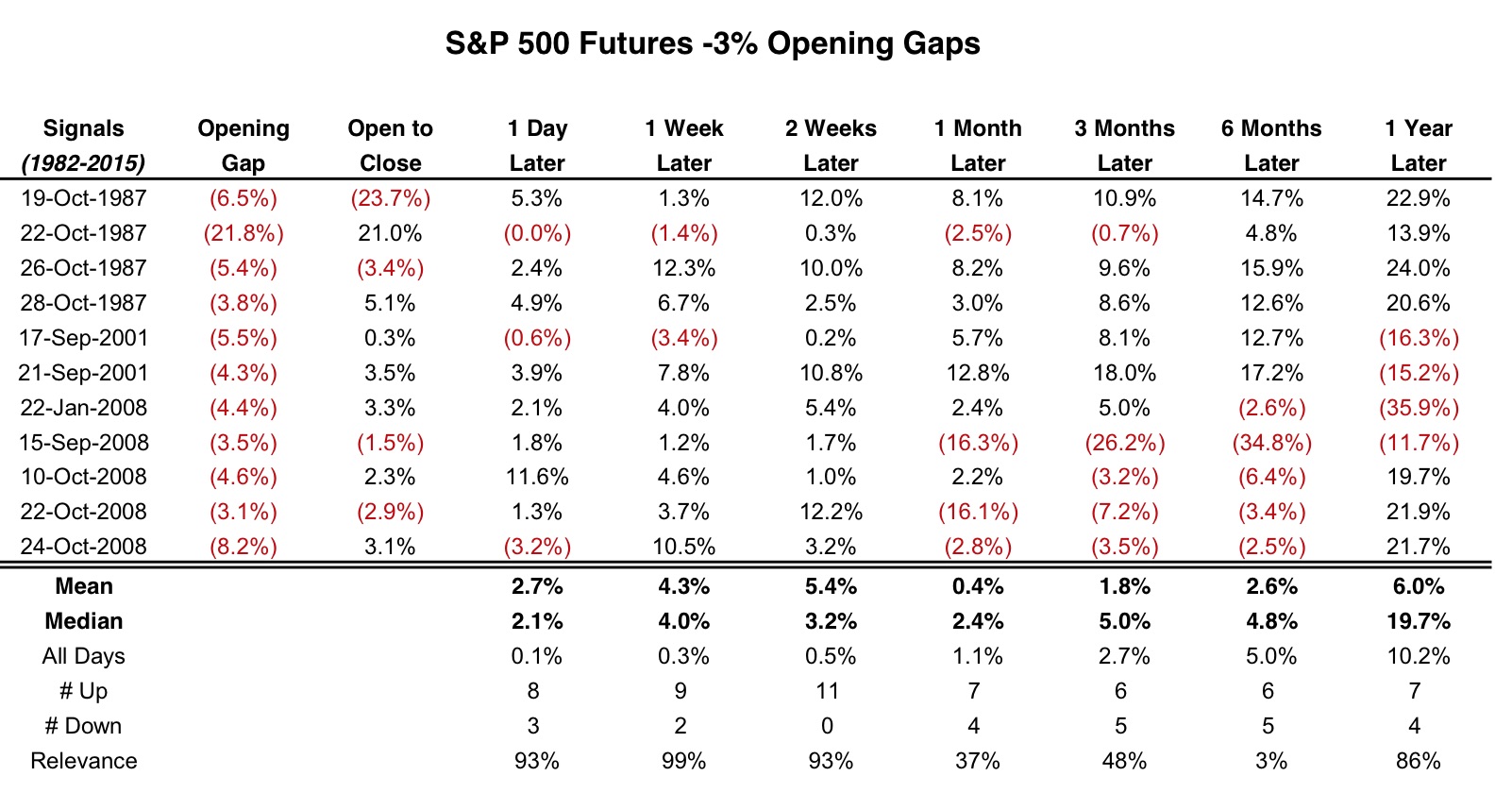 For those who trade shorter-term, drilling down to a smaller time frame and waiting for some kind of trend change, even a move back above a multi-hour moving average, can usually avoid the worst of the crash potential while being less likely to be whipsawed out of a potential rebound. Longer-term swing traders and investors have often benefited by waiting for the volatility to shake out with a test of the panic lows, with the risk that sometimes that test does not occur and prices simply continue higher as buyers recover.