Surprise, surprise… just like in all the previous terror attacks in Europe and the US , the “lone wolf” terrorist \ patsy always turns out to be not so lone, but rather a well-known police informer, or under police surveillance, which magically failed to prevent him from carrying out the attack, either on his own or with the help of a shadowy black-ops team in the background.  The next thing that needs to be investigated is wether there was a counter-terror drill in the vicinity of the target during the approximate time of the attack. If so, such a drill could have been used to enable the attack scenario by ‘flipping it live’, as was the case in virtually every other major event  in the west. The connection to the American ‘Air Products’ factory which functioned as the crime scene should also be investigated.

Yassin Salhi, the suspect in a beheading at a factory owned by an American company near Lyon, France, had been known to authorities for his connections to the Salafist networks in the area since 2006.

Reports indicate that authorities were well-aware of his increased radicalization over the past two years.

Here’s a rough timeline of events related to the attack, via Le Monde and France24:

French President François Hollande said that this was a terrorist attack:

The plant is owned by an American company, Air Products:

Here is a map locating the village near Lyon where the attack took place: 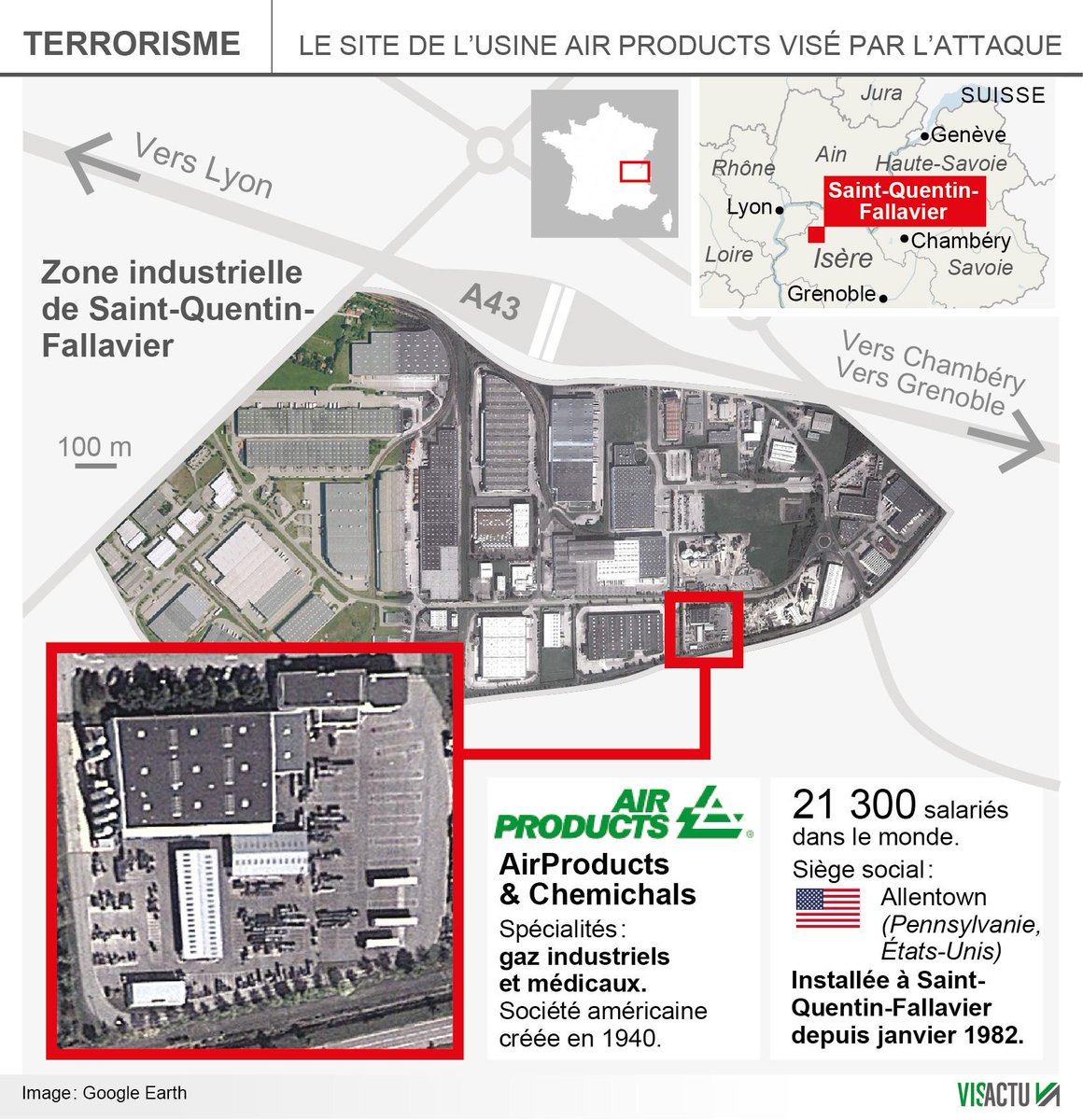 Salhi’s contacts with French authorities go back to 2006:

BRTL-France notes that French security service DGSE had two notes from May 2014 noting Salhi’s increased radicalization and a “brutal” change in his appearance, along with two of his friends. They reportedly wanted to create an Islamic institute in Besançon:

As regular readers of PJ Media will recall, since last year I’ve been reporting on what I’ve termed the “known wolf” terrorism problem: when terror suspects are already known to law enforcement authorities prior to committing an attack.

Here’s a recap of my “known wolf” terror reporting:

Feb. 15, 2015: Copenhagen Killer Was yet Another Case of ‘Known Wolf’ Terrorism

May 4, 2015:Texas Attack Is Yet Another Case of ‘Known Wolf’ Terrorism