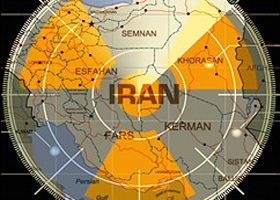 While the international community experiences peak tension over the Ukrainian crisis, the Middle-Eastern cauldron continues to bubble. High alert is still maintained in Israel’s northern border following the air raid in Monday on Hezbollah arms depot containing nuclear capable SS-21 missiles. Israeli analysts have determined Hezbollah’s official confirmation of the raid and promise to retaliate against Israeli targets, to be “game changers”, since this is the first time Hezbollah confirms such a raid publicly – all the previous raids in Syria failed to produce any response what so ever.

The SS-21 can carry a 100 kt nuclear warhead, an EMP warhead or a Chemical warhead. We can assume this was the immediate reason for the Israeli attack, but the big picture shows an Iranian decision to arm the Hezbollah with such weapons as the result of an estimation that following the pro-Iranian shift in US policy, the prospects of a Saudi-Israeli preemptive strike on Iran have increased, since both of these Washington  allies feel betrayed and would thus be likely to engage in such a risky independently decided war for the purpose of fending off the expanding influence of the Jihadist Shiite regime in Tehran- who accordingly attempts to maximize its retaliatory capabilities via the Hezbollah.

Meanwhile, the Saudis are taking advantage of Russia’s preoccupation with Ukraine to advance on the Syrian front, while the Americans push back against the pro-Russian military administration in Egypt by threatening to destabilize it with a mass Jihadist invasion. This threat has prompted Egypt to declare total war on the Muslim brotherhood regime in Gaza which is a strategic reserve of the Al-Qaeda-Muslim Brotherhood elements in Egypt proper, and announce that its smuggling tunnels in the border zone “will be shut for good”, thereby also advancing the Israeli interest of containing Gaza and preventing it from erupting too strongly in case of a regional outbreak between the Obama backed Shiites and the Israeli-Sunni coalition.

On the defensive cutting edge, the Israelis have advanced the development of key missile interception systems- the laser interceptor ‘Iron Beam’ for short-range rockets coming from Gaza, as well as the “Sky shield” anti-missile laser system for commercial planes, to protect air traffic in Southern Israel from Al Qaeda terrorists carrying MANPADS.

The feasibility of a preemptive strike on Iran at this late stage is unknown, but the attempts of the radical camp in Tehran to openly humiliate Obama by Sending Warships to US Maritime Borders and vowing to Sink U.S. Warships may empower the anti-Iranian faction in Washington to silently back up such a strike, in case push comes to shove  – especially since experts believe that Iran’s provocations were a dry run for later EMP attack on America .

If NATO is defeated in Ukraine, it could increase its motivation to support such a strike in order to deal a blow to a major Russian proxy south of the Caucasus region. Meanwhile, the looting of Saudi gold in London to prevent default suggests that the Anglo-American establishment is still locked into its Iranian orientation for the time being, but the rapidly evolving dynamics of this world crisis, which is a systemic breakdown crisis of the Petro-Dollar hegemony, may reverse everything and anything in a moment’s notice.