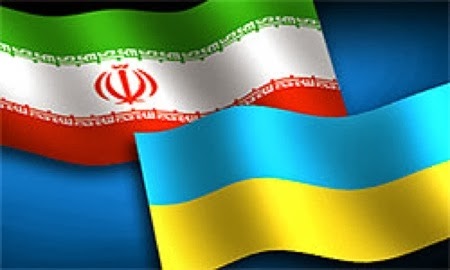 Is the next real war going to be in Israel?

Noting that Kiev resides right on the mighty river Dnieper, and 200 km from the nearest Russian border, it is evident that a Russian annexation of eastern Ukraine ought to include Kiev. Likewise, the estuary of the Dnieper is not far from Odessa, thus Russia might also well attempt to close annex the remaining Ukrainian coastal line.

This means that the Russoman Empire [Link] is expanding westwards, as well as southwards. In the southwards case it is commonly believed to be an orchestrated inheritance from the USA in order to keep the Middle-East under Christendom, which in turn is reflected in the Quartet of US-EU-Russia-UN, which has been the supreme steering committee for the Middle-East since 2002 i.e. the eve of the second US war on Iraq, link: Quartet on the Middle East.

A Foreign Affairs Swap of Client-states

One can wonder now, whether the smooth annexation of Ukrainian territory by Russia, while the pro-western mob commits evident terrible violations of morality, with a self-admitted mass murder of protesters and policemen by the EU elite and with ostensible Nazi insignia and proclamations worn by the Ukrainian Putsch party named UDAR (meaning ‘a punch’ in Ukrainian), actually implies at a prearranged handover of Ukraine from the sphere of influence of the receding US to that of the Russoman empire; much like it happens in the middle-east, in order to prevent EU expansion beyond the Balkan, likewise limiting the recently observed Chinese intervention in the Middle-East. While the above materializes from tip to toe, then ‘all of a sudden’ head of foreign policy Catherine Ashton holds landmark talks in Iran [Link].

This very same Catherine Ashton is the top honcho who received the execution confirmation on the Kiev mass murder, suggesting it was a foreign affairs operation, rather not a military one. Thus the appearance of a swap deal between the west and between Russia looms out of the initial confusion all the above disparate news created.

The USA and the USSR seem to have replaced client-states between them already in 1973:
Following the Paris Accords in January 1973, the US retreated from Vietnam on May 1973, which thus turned Communist and Soviet orientated. In October 1973 Egypt flipped its orientation from Soviet to American when it performed its War choreography in order to allow the US to save it from itself. This involved limiting its initial invasion in to the Israeli held Sinai and later letting Israel invade a narrow strip on the western Bank of the Suez on a particular timing. Finally the US was called upon in order to save everybody and thus launch the “peace process”, which keeps on processing Israel till date, and which has allowed Anglo-America to launch both the most profitable ‘Oil Crisis’ and the most destructive Eurabia. This time round in 2014, it seems like the US intends to launch a Natural-Gas crisis, via the Ukraine, while it also ties up Eurabia (formerly Christendom) with the Throne of globalist Shiite Jihad in Tehran

This swap tears off the mask from the long term US policy of building revolutionary Iran in the role of a salient point against the Eurasian core, providing a Jihadist nuclear umbrella to subsequent Muslim attempts to break out of Russia and to destabilize it from within e.g. Chechen in the Caucasus and in their expanding strongholds throughout Moscow.

This swap is not implemented straightforward, since the Ukrainian officership needs be brought to terms with the new developments, and more so the relations with Iran are based on negotiations.

Thus it is not surprising, that in parallel with the above two developments, in the Ukraine and with  Iran, the Muslim Uyghur separatists (orchestrated by the CIA) commit mass murder terror attacks  in China (stubbing & likely the Malaysian aircraft), thus serving several points:

1. Threatening China not to support Ukraine, Russia or Iran while the negotiations proceed.

2. To demonstrate to Iran its strategic pivotal status under US policies.

3. Perhaps to prepare the ground for a future separation of Uyghuria from China.

The aforementioned developments, whereby Iran enjoys western legitimacy and Russia controls the Ukraine thus firmly holds to the black sea where its Middle-Eastern Navy roosts, clearly suggest that Assad’s regime shall survive the Arab spring, thus shall also the Hezbollah. This consequence leaves Israel, Jordan, Egypt and the GCC countries in a precarious situation, where the axis of Iran-Syria-Hezbollah is free to perform a pincer-attack in conjunction with the US Al-Qaeda in Sinai against Israel and Egypt, while the US is not likely to allow Israel to eradicate the Hezbollah and/or the Hamas. This US preference for the Jihadist militias over Israel was clearly demonstrated in summer 2006 in Lebanon and thereafter in the Gaza strip, whereas all Israeli initiatives were capped and blocked by means of direct sanctions from the white house. This anti-Israeli momentum is also blatant by the PNA which now openly admits is refuses to recognize Israel “and never will”.

Thus it seems now that the next war will be a conventional one and take place in Israel and its immediate neighbors, rather not in Iran or in the Ukraine. In this war the Israeli regime may allow the Arabs, like in October 1973, to bit up the Israeli side in order to excuse a subsequent strategic handover of geographic assets, in order to comply with the globalist aspirations and planning of NATO to overtake Jerusalem and essentially this entire little country of Israel.