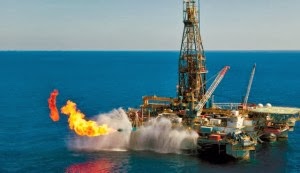 This article attempts to answer the question of what may lie under the vast range of awkwardly seeming US activities and expressions concerning the ME,especially since last summer, with some weird glitches most recently.

1. Syria is reported to have delivered only 5% of its chemical weapons
to dismantling, thus violates the treaty, which means:

3.1 While his carriers are long-term docked.

3.4 He openly and brutally threatens to wreck havoc on Israel,
which is his only military strong hold between UK & Australia.

A. Perhaps Kerry believes Turkey was a military strong-hold,

in spite it being a lightly-armed poor 3rd world country by any rate.

If he bets on Turkey – it should be his problem!

B. There’s now a 3-party conflict in the ME:

In order to prevent a large scale deterioration around the ME, Israel should consider Kerry much like Iran does, i.e. void his provocations with quiet disregard.

The US seems to be working with Saudia against Russia – using Al Qaeda, while also working with Iran against Israel – using Hezbollah, Hamas & PLO. These two parallel modes allow the US to associate with Iran [Link] while distancing it from Russia. The US positions against Russia are evident from the Al Qaeda bases in Turkey in conjunction with a terror wave approaching the Sochi games.

The US seems to be weak economically and financially,thus not up to backing a conventional conflict. It thus resorts to attrition tactics, based on renegades, pulling a huge wave of uprising all the way from the Ukraine to Iraq.

The Iraqi government might have been a product of international settlement, thus not a US puppet, thus Al Qaeda was introduced in order to squeeze it down to subjugated collaboration – rewarded with deliveries of M1 Abrams, F-16 & AH-64 Apache. A collaborative Iraqi government makes for a safer flank for the western-Iraqi AQ ,than a pro-Iranian Iraqi government would be. Having secured its flank, this AQ can join in on the Guerrilla encirclement of Syria.

Since Al Qaeda seems to exist outside of Parliamentary supervision, it is a bulk of mercenaries, who thus would contract per payment. This makes it permeable to initiatives by both Saudia and the USA, depending on price and availability.

Putin seems to be bullying the US on all military fronts the world over, thus he would like, and apparently attempts,to break free from past strings, including on the missile aspect:

The US tightening the artillery ring on Israel’s neck

US hostility against Israel is now implemented two-folds on the ground:

2. The pretense the PLO was more than a backyard of the Israeli currency block,
and rather a “state under occupation”, is nothing more than an excuse to arm
the PLO to its teeth in order to complete the encirclement of war on Israel.

The build-up of tremendous guerrilla and artillery deployments around Israel has been  paid by means of large-scale narcotics farming and smuggling, in both the Sinai which geographically and demographically resembles Afghanistan and in Lebanon.Lebanon is plagued with narcotics too – supporting Assad’s regime since his father invaded Lebanon with 5 brigades in 1976, aka ‘the Lebanese civil war’ and has never pulled-out entirely and rather letting it deteriorate ever more ever since.

From the Sinai the guerrilla targets militarily, logistically, organizationally, financially and politically the populations and the regimes of both Egypt [Link: Ansar Bayt al-Maqdis: Egypt’s own al-Qaeda? ] and Israel.

Israel is targeted via the Hamas in Gaza which borders the Sinai, and by the many Bedouins in the Negev (southern Israel), who extort ‘protection’ from all Jews there, in order to keep the Egyptian intelligence on top anyhow.The PLO has been a Laundry, at least since the mid-1970s, too.

The artillery ring building up around Israel we have described already on various occasions [Link: The Artillery Ring], and it has been recently back to its attrition war against Israel on the Gazan front, leading to some Israeli responses.

The warheads of the hundreds of thousands of Artillery Rockets aimed at Israel from Lebanon account for Kilo-Tonnes of ammunition, a magnitude which belongs at a strategic scale, rather not at a ‘local-resistance’ level. The rising tensions in the region amid the current Munich convention on ME affairs, lead to the following statement: [Link: IAF chief: Israel will destroy Hezbollah bases in Lebanon, even ones in residential areas]. This Lebanese powder-keg is a superb detonator to a ‘perfect-storm’ around the middle-east, which may lead to an open military conflict between the US and Russia, which may engulf many countries, not unlike the shadow-wars they hold along the stretch from Africa to Ukraine.

EU in a precarious situation

Below are recent links about how Eurabia interacts with the ME situation.This is going to become a major issue, since the EU has already lost any Christian Character, takes any Muslim propaganda for objective truth,  and is on the brink of becoming yet another quarter of the Muslim world. This may explain why the US acts without reservations in taking on the Iranian side of things in the ME, turning Israel-bashing in to a legitimate act of definitive culture.

Now the US has climb down from its threats [Link], having been called a bluff by Israel [Link: Not an inch of the West Bank till Jewish state recognized], following a recent open admission by the PLO General [Link: Tirawi: No Palestinian State in 20 Years; We Should Return to Resistance, Including Armed Struggle ]. This mode of surreal US threats is similar to what has been happening between the US and Syria  since last summer. All this may easily change by means of igniting the entire guerilla potential around Israel and Syria.

The rational behind the US policy is clear: removing the potential competitors from the Middle-east, be it Russia and be it Israel. These two are essentially independent from US technology and are thus impossible to puppeteer.

1. Create a fire-storm of artillery backed guerrilla around Israel.

Israel would then experience a double whammy when its monstrous real-estate bubble collapses, leaving its surreal social obligations unplayable, with about a     3rd its population and a majority of its children belonging to the ancient cultures of Ultra-Orthodox Jews and Arabs.

2. When Israel is chocked it would ask the US to invade its territory.

3. Continuing the Israeli war against its immediate enemies, the US shall overtake the entire stretch of natural gas along the eastern coast of the Mediterranean,
while positioning its troops vs. the Russian ones in Syria:  [Link: Top Islamic Leader Calls on US to Wage ‘Jihad for Allah’]

4. Defeating the Russians of Syria shall bring Iran from the Russian sphere of influence to the American one.

Iran has already made its preparations for a Gulf war most ostensible recent December [Link: Iran kicks off major aerial drill over Persian Gulf].

In a month’s time the weather shall clear around the Persian Gulf, allowing for the US to implement aerial superiority over the entire middle-east, thus using its long range PGM [Link] in support of its reordering of the middle-east. In the mean time one could expect an exponentially rising curve of weirdness shrouding US policies.