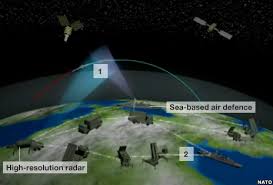 Russia has begun testing a new radar designed to detect highly maneuverable aerial targets – including cruise missiles and unmanned aerial vehicles – at a range of up to 3,000 kilometers (over 1,800 miles), allowing it to cover most of Europe.

The new-generation over-the-horizon radar, dubbed Container, was put on trial duty near the town of Kovylkino in Russia’s republic of Mordovia on December 2.

According to Defense Minister Sergei Shoigu, the radar will allow Russia to expand its monitoring range and control over the situation “to the west.”

“I am ordering the commander of the Aerospace Defense Forces [Maj. Gen. Alexander Golovko] and other related command structures to ensure that the new radar becomes fully operational by the end of 2015,” Shoigu said at a Defense Ministry meeting Monday.

The deployed Container radar is part of the 590th separate radio-technical unit, which includes a command post, a transmission and reception antenna and a communications and data-management unit.

Russia is planning to deploy a network of Container-type radars to provide early detection of airborne threats over its entire territory and beyond its borders. Specific dates, the number of radar stations, their location and other details have not been disclosed.