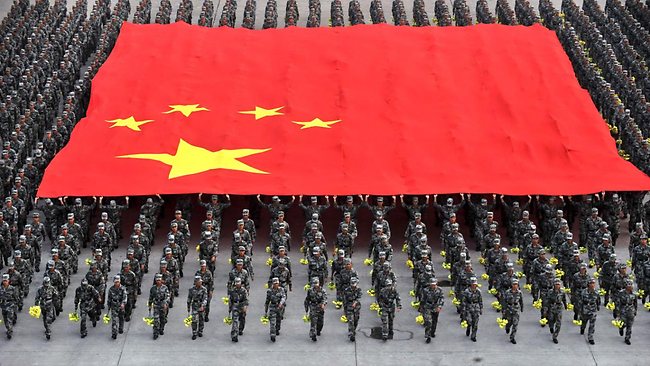 Occasionally, even a mainstream network like Reuters can come up some very interesting in-depth exposures. This excerpt from their recent study of China’s military buildup reinforces our conclusion that NATO is working full time to manufacture this future enemy while already rattling sabers with it these very days in the East China sea.

If the People’s Liberation Army went to war tomorrow, it would field an arsenal bristling with hardware from some of America’s closest allies: Germany, France and Britain.

But perhaps the most strategic item obtained by China on its European shopping spree is below the waterline: the German-engineered diesels inside its submarines.

Emulating the rising powers of last century – Germany, Japan and the Soviet Union – China is building a powerful submarine fleet, including domestically built Song and Yuan-class boats. The beating hearts of these subs are state-of-the-art diesel engines designed by MTU Friedrichshafen GmbH of Friedrichshafen, Germany. Alongside 12 advanced Kilo-class submarines imported from Russia, these 21 German-powered boats are the workhorses of China’s modern conventional submarine force.

With Beijing flexing its muscles around disputed territory in the East China Sea and South China Sea, China’s diesel-electric submarines are potentially the PLA’s most serious threat to its American and Japanese rivals. This deadly capability has been built around robust and reliable engine technology from Germany, a core member of the U.S.-led North Atlantic Treaty Organization.

Arms trade data from the Stockholm International Peace Research Institute (SIPRI) to the end of 2012 shows that 56 MTU-designed diesels for submarines have been supplied to the Chinese navy.

MTU declined to answer questions about transfers to the Chinese navy, future deliveries or whether it supplies technical support or servicing. “All MTU exports strictly follow German export laws,” a company spokesman said.