Last week we wrote about Brzezinski’s Mad Apocalypse and then about Obamunism’s Make or Brake. It now seems Obama’s making of the latter goes by means of financing the former. Since the decisive majority of the financial reserves of China, Russia and many others are denominated in USD, the USG can play chicken on them threatening with a default. This is exactly what the recent alleged Federal “Shut-down” charade has been. 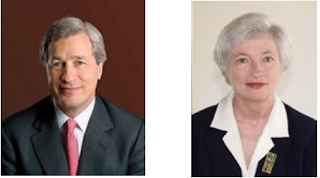 This video [Link 3], from RT TV, reminds us that the real part of liquidity of US banks comprises chiefly of Drugs proceeds i.e. via USG-backed “Mexican” Cartels, which are then “Trained”, i.e. militarized via the Hezbollah, which is Iran’s cluster of foreign-legions, i.e. following the example of the Waffen-SS [Link 4].This is because once the Banking sector controls the USG, all other sectors are oppressed in order to keep the Bankers in power.

Inflationist by-conviction Janet Yellen was nominated Fed-head on the Tuesday, thus a liquidity source for driving inflation must have been co-opted earlier this week, i.e. the SCO (China & Russia), necessarily given a free-hand for the Ballistic Nuke program of the Mullah regime the US installed in Tehran 34 years ago.

This means the USA is now more than ever before a narcotics prostitute of Iran/SCO, which socio-economic body is thus being rotten from within, like all other Latin-American countries. 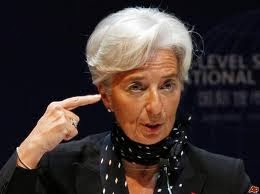 The IMF’s SDR (special drawing rights) enjoys a clean balance-sheet, i.e. Devoid of the trillions indebted by the US, the EU, UK, Japan and several other generational heavy-weights of the industrial revolution. Having exhausted the their countries finances, Anglo-American Banksters hope to put the entire world on a global currency, i.e. the SDR, and then on which basis to end national sovereignties once and for all.

Gold keeps on sliding along the rigged-path towards $1250/Ounce on the Monday, in order to accelerate its accumulation by China and Russia. The US hopes it will result with those countries forming golden pillars underpinning the IMF’s SDR.

It may still be a better deal for the major trade partners of the USA to take the blow of  a default on US treasury-bonds, aka T-bills, and retain their own sovereignty. The caveat is, they have been militarily occupied by the US, thus a declared default would form an excuse which may appear convincing enough for most people, thus numbing them down to the point of no resistance, when surrendering their entire being and belonging irrevocably.

Unlike Roosevelt’s New-deal which put America back to work, Obama’s New-deal puts America back on dope, pointing to his youth police records of apprenticing narcotics dealing on the street’s of Chicago, under the mentoring of his biological father Marshall Davis, to whom he was born out of wedlock.Unlike FDR’s success, the present resident New-dealer is Nobel price Laureate, just like Janet Yellen’s friend and former teacher, the economics disinformation main-stream propagandist Prof. Joseph Stiglitz is [Link_5]. The UN chemical-weapons inspection organization he sent to Syria, OPCW, has just won a Nobel prize too [Link_6]. 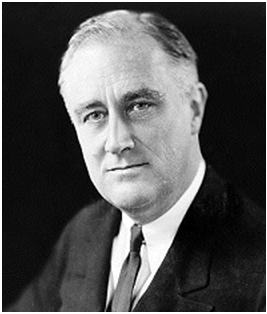 Israel is caught at Dire-Straits

What alternatives are left for Israel now, given the intimate relationship between the USG and its Iranian Mullah regime has come of age?

Will Netanyahu jeopardize the UN Chemical-weapons disarmament mission to Syria?
– assuming Assad’s nearing victory in the Syrian war wouldn’t squeeze those inspectors out of the game and perhaps out of the country too.

– with over 300,000 Artillery rockets in the Hands of Hezbollah (every tenth house in Lebanon is involved), and similar numbers in Syria, Iran and Gaza,what does the UN mission to Syria mean at this late point in the armament race?

Will he risk the hastened implosion of Israel’s real-estate bubble of double-valuation?

– popping it up is crucial for resuscitating employment prospects across Israel’s large exports industry, yet is going to disenfranchise much of the recently bloated services sector thus flash-crash the state’s social-security, which is already at dire-straights, sending in to poverty many of the remaining population.

Is Israel’s PM Bibi Netanyahu more than a bark?

The recent departure of the 93 y.o. Iraqi born and raised Patriarch of the CIA-run fifth-column Levantine-Hasidic ‘Shass’ political party [Link_7] may alleviate the ensuing social disaster in Israel, since he was the major factor in forcing the state to prioritize hand-outs over defense budgets.

Conveniently, there’s no governor for Israel’s central bank, i.e. who could mount monetary opposition to any policy, since Prof. Stanley Fischer resigned,a bit before his friend and former student Prof. Bernanke did.

Popping up the monstrous real-estate bubble right now will also collapse the PLO regime in the so called “west bank”, which depends on the Israeli currency, the Shekel, and which keep is paid by foreign donors and by simple peripheral services to the Israeli economy.

When the PLO collapses, the Hamas of Gaza is bound to inherit its role and residents.Thus this impending combined multiple economic collapse may foil any further attempts by the US to turn more of Judea, Samaria & Jerusalem to PLO control, in order to prevent it from becoming Islamic possession – unless of course the US looks for an open fight with Israel,namely beyond the Iranian Saga and the Egyptian conflagration [Link_8]. Such attempts were recently carried out by Skull & Bones alumni John Kerry and one should suspect their resumption given the incarnation of the US-Iran axis of the trans-Atlantic united-Caliphate, which is poised at annexing Eurabia sooner than later – quite likely under the umbrella of the world-Bolshevik SDR.