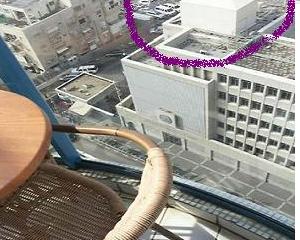 The Times of Israel

The paper quoted unnamed Israeli security officials saying this did not surprise them.

Solomon said he had discovered such structures in photographs of US embassies in Beijing, Dubai, Moscow, Madrid and Tel Aviv.

The report followed a story in Germany’s Der Spiegel on Sunday claiming that the US embassy in Berlin is a “nest of espionage,” with spy equipment installed on upper floors and rooftops covered by “screens or Potemkin-like structures.”

The unnamed Israeli officials were quoted by Maariv saying that the working assumption in Israeli security is that the US monitors all calls in the Middle East, just as in Europe, especially if they are not encrypted.

On Friday, former Mossad chief Danny Yatom told the same paper that he was “certain” the US “has been listening in on its allies, including Israel… When the Americans think they need to listen in on someone, they’ll do just that.”

Yatom explained that there are two issues around which the Americans are likely spying on Israel — negotiations with Palestinians and the Iranian nuclear program. “It is important for them to know what Prime Minister Benjamin Netanyahu really thinks… They have interests here because they want to be able to contend with Israeli claims that arise when talking about these issues,” the ex-Mossad chief said.