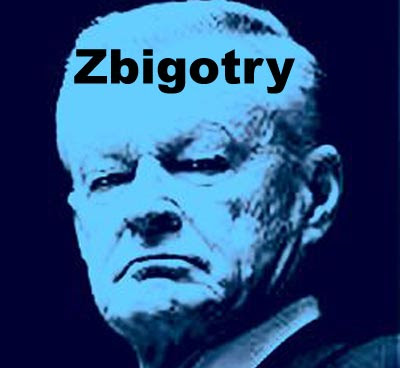 The current ‘shutdown’ circus in Washington should not distract you from the unfolding events in the middle east. These events reflect the tectonic geopolitical movements following the shutdown of the Obama regime’s former game plan in the region and the formation of two different emerging blocks. Obama’s America plus Iran against the Israelis and the majority of the Sunni Arab states.

When it comes to the real power brokers behind Obama, Zbignew Brzezinski has been one of the main puppet masters at least since 2006, when the Bush-Chaney faction lost control of Washington’s policy in favor of the Trilateral faction in which Zbig has been a founding member. Contrary to popular belief, the founding father of Al Qaeda was NOT CIA asset Osama bin Laden. It was Brzezinski hinself who devised that scheme in order to lure the Soviets into the Afghan trap. Brzezinski is also personally responsible for the present Iranian crisis, because he manipulated Jimmy Carter to overthrow the Shah regime (which was a strategic ally of Israel) and appointed the Anglo-French intelligence asset Khomeini in his stead. This too was done as part of Zbig’s strategy to foment Islamic fundamentalism in Russia’s Southern flank. As we all know, in the Iranian case this plan blew up in America’s face, but that didn’t stop Brzezinski from trying again.  The recent Obama-Rouhani spectacle should be understood in this context.

Iran is currently on the nuclear threshold only because the CIA supplied their needs in that department via the Khan network which has been the real and primary source of nuclear materials and knowledge transfer to Iran all along, rather not the over-hyped power station in Bushehr which the Russians have been using as leverage under the policy of “keep your friends close and your enemies closer”.

The anti-Assad campaign of the recent years should therefore be viewed as the product of Brzezinski’s opponents in the oligarchy. Zbig has said many times that he ‘doesn’t understand’ Obama’s policy in Syria. Zbig wants to maintain the Iranian sphere of influence and use it against Russia, So the recent spectacle at the UN can be understood as an attempt to subvert and hijack the chemical arms deal with Putin in favor of a US-Iran détente (thereby subverting the Russian policy on Iran). This is the real explanation for Zbig’s new buzzwords like “compromise” and “dignity” with regards to Iran as he expressed them in a recent CBS interview (you can also follow Zbig’s twitter account to read between the lines of his real intentions).

The recent Obama-Rouhani honeymoon therefore reflects Zbig’s resurgence as Obama’s main puppet master after a couple of years out of the loop. It would be a good practice to go back to the early days of Zbig’s sponsorship of Obama and reflect on what was predicted to happen back then:  The Following nearly prophetical analysis appeared in 2008 in Webster Tarpley’s “Barack Obama – The Unauthorized Biography”, page 377:

So how does the question of appeasing Iran (and/or Syria) fit into the Brzezinski plan of which Obama is the steward?  The answer has been blatantly evident since the final report of the Baker Hamilton Iraq study group was delivered at the end of 2006. That is the organism that recommended that the US urgently negotiate with Iran and Syria, lifting the absurd diplomatic embargo imposed by the fanatical neocons of the Bush regime. As James Baker openly and cynically pointed out at the time, he had successfully recruited Syria to be a member of the US-led coalition of the willing against Iraq in the first Gulf War of 1991. Baker’s message was clear enough: I got you Syria then, and I could get you Syria now if given half a chance. Iran, by implication, was also susceptible to being “gotten.” But gotten for what? Let us imagine a hypothetical conversation between President Achmadinejad of Iran and the US team of Brzezinski and Obama. The reader must imagine that Obama is seated on Brzezinski’s lap in the guise of the ventriloquist’s dummy in the posture made famous by such past practitioners as Edgar Bergen and Charlie McCarthy, or Paul Winchell and Jerry Mahoney. It is therefore Brzezinski who is speaking,even though the words seemed to come out of Obama’ mouth. The reader must also imagine a tone of voice used to convey the American offer which is reminiscent of Jack Nicholson as the US president negotiating with the Martian leader in the cinema classic, Mars Attacks.

Obama/Brzezinski would speak to the Iranians thus: “Why should we be enemies and adversaries? Why can’t we be friends and cooperate and work together? Between the two of us, we could totally dominate the entire Middle East, and nobody could do anything here without our permission — not the Russians, not the Chinese, not the Indians, not the Pakistanis, not the Egyptians. Just think of it: the United States and Iran working together! Imagine the potential! What do we need to do for you to make it possible? What do we need to give you? Just for openers, we can free up those frozen assets that we have been holding in our banks for the past 30 years —they now add up to hundreds of billions of dollars. We need to have comprehensive diplomatic relations, a cultural exchange program, maybe a mutual nonaggression pact if that is what you would like. Of course we’d take you off that silly old terrorist list! Of course we can make sure that Hezbollah gets what they are entitled to in Lebanon! Of course we can make a whole series of other concessions to your various friends and proxies! But let’s get to the really big issues.

“You want to have nuclear weapons. We can’t approve that in public but we are willing to guarantee you right here and right now that we will give you a wink and a nod. If you run into problems along the way, we can help you solve your bottlenecks with the right kind of technology when you need it. Come to think of it, we could deliver a small stock of bombs if that is what you would like. Just like Iran-contra, but better! We have a new missile that we call the Brzezinski special — you fire it off from anywhere in the world and it flies straight to Moscow! We’d be glad to give you some of those right now! You just have to remember that your hereditary enemy has never been the Americans, but the Russians! Think how badly they behaved when they occupied the northern part of your country during World War II — that was really messy! We’ve never done anything like that, and we don’t want to! We just want to be friends and make sure that you’re strong enough to stand up against the real threats and all of those come from Moscow. By the way Mr. President, we see that your popularity has been a little anemic lately.

But surely you know that the biggest resentment harbored by the Iranian people is their resentment against the Russians. Your Iranians hate those Russians much more than they hate the US and the British! So any time you pick a quarrel with Moscow you can count on pleasing a big majority of your own base! And we can help you to do it. Think of how bad those Russians treated you lately on that Bushehr reactor. They charged you too much in the first place, and then they withheld the parts, blackmailed you, and all the rest — a real humiliation! We would certainly never do that! So what else would you need? How about a nice new naval fleet in the Caspian Sea so you can sail right up to the ports of southern Russia and spit in their eye! With nuclear missiles, of course! Think of all the dandy incidents you could stage that way, poking at that Russian bear with your big Iranian pitchfork! That way you can stop them from stealing your Caspian oil! And if they ever fight back, don’t worry — we’ll be here to back you up! And then there are those Chinese! Why do you want to sell so much oil to them? Pretty soon you’ll be selling them so much that they will have you in their pocket, and you wouldn’t want that, would you? You’re better off dealing with us, even if it is for dollars. We want you to know that we are honest in the worst way!”

As these words from five years ago materialize before our eyes these very days, it should be remembered that Zbig is not only putting the future of the Middle East in danger with his “compromise” with the Ayatollahs , he is also putting America dangerously close to a full scale conflict with Russia, should his mad plans to unleash Obama’s allied caliphate against the Russians (and the rest of the civilized world) bear their poisonous fruits and blow up in everyone’s faces, as they did in his first experiment of cloning Mad Mullahs  in 1979. This time around it could be nuclear Mullahs.

Netanyahu, in his typically clumsy manner, ‘managed’ to drown some very important points on this issue in a useless pile of pompous demagogy at his recent UN speech. Nevertheless, these points are valid above and beyond Netanyahu, so it’s worthwhile to elaborate on them here:

From this point onward, either the Israeli-Sunni alliance manages to repel the Brzezinski\Obama+Khamenai\Rouhani axis or The Mullah regime goes nuclear. In the latter case, the immediate result will be a fully blown nuclear arms race in the middle East which is one of the world’s most volatile regions. In the longer term, the unthinkable nightmare of nuclear war could become reality, even because of miscalculation by either side of the equation. It has almost happened several times between the U.S. and the USSR during the cold war, and it could very well happen in the Middle-East if Zbig has his way. It remains to be seen if he can be stopped before it’s too late.